So moving on with two more simple little photos.   These were some cloud and skylines pictures I took in September 2006. 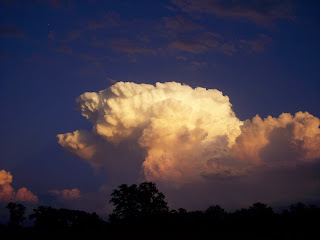 Both of these were taken in the eastern sky, while the sun was setting back toward the west.  The first one above was when the sun was still a bit higher and giving some nice light. 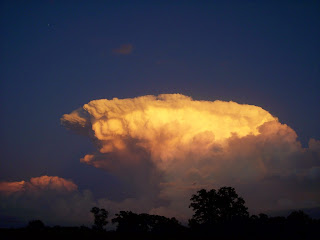 This one was taken a little later, and is starting to get that color from the sunset behind me.
Posted by Kwolf at 6:45 PM