All these things have almost nothing in common, except they are part of this update of pictures.
Well all that plus a spider to be exact.  All these pictures were taken in the Fall of 2013, either in October or November.

I suppose on to the pictures. 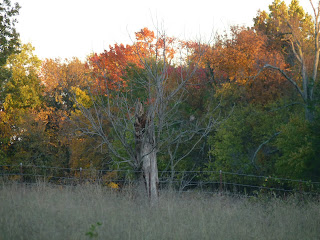 I really like this picture.  Taken facing east as the sun is setting just barely high enough to catch the tree tops.  This was taken in October near my home in 2013. 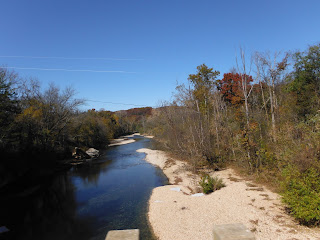 This picture isn't that great, but I included it.  To be honest not a many are good this update.  This was taken from a moving car, while I was in the passenger seat.  Taken from the highway 43 bridge that goes over Spavinaw creek in Benton County Arkansas. 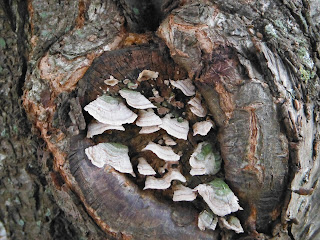 Out of all the pictures in this update these two I am not even sure why I included them, but hey fungus! 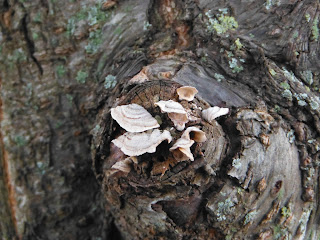 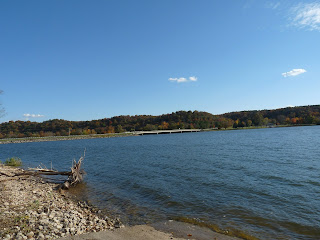 Hello this isn't fungus!  This is Lake Eucha in Oklahoma! 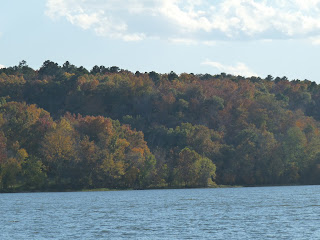 Some more pictures taken of Lake Eucha from November 2013.  Had some pretty colors for fall. 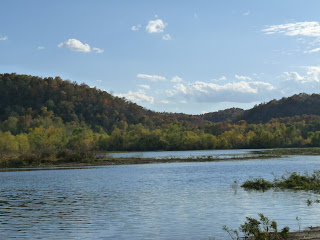 These next ones were taken up higher on the lake where the Spavinaw river flows into the lake nearby. 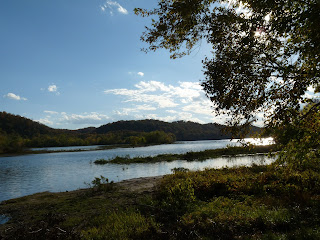 Another one from up on the lake. 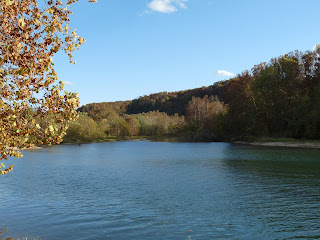 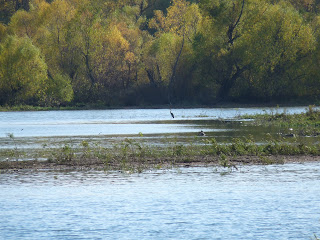 So I am not going to take these animals but here you can see some turtles and some type of Heron. I suppose I could do a digital zoom and crop on them, but personally I'm not a fan of that.  If the optics can't get them in a good frame, that's usually the end of the story for me. 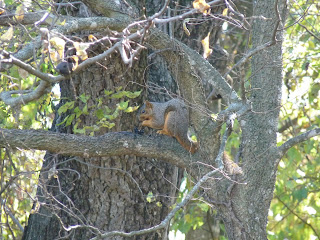 Getting close to the end of update now.
Squirrel! 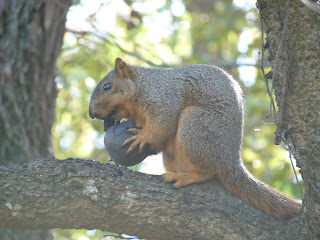 Are you still reading this blog now?  If so you probably not a dog since I just shouted
Squirrel! 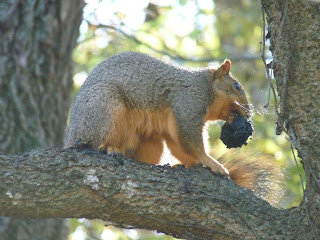 Final picture of the Squirrel who got tired of me taking pictures and started to leave.
I suppose he enjoyed his old walnut though. 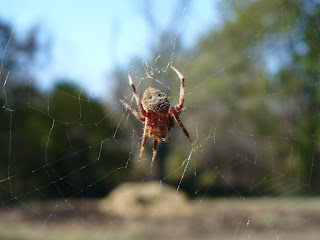 Final picture!   A spider in fall, you know the type.  They like to make webs so you can walk into them.  Why they wouldn't make them for any other reason of course!
Posted by Kwolf at 3:01 PM